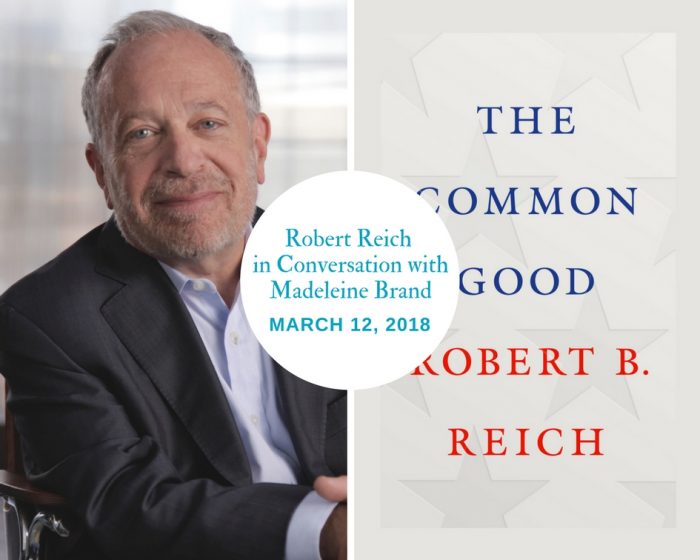 Each ticket includes a copy of The Common Good by Robert Reich, $40.

Robert Reich, political commentator and activist and former Secretary of Labor under President Clinton, argues that our shared values — Democrat and Republican– were once, not too long ago, about serving a Common Good. Reich cautions that the “me first,” and “win at any cost” kind of mentality pervasive in our society and government at this moment, will undermine the very core of our American values, and ultimately, our democracy. The question of what’s right and what’s good for the country at large has been hit by a series of economic and social scandals that have impacted all of us since the 1970’s. How do we reclaim our sense of the Common Good? And can we? Reich argues that yes, we can. And he argues that our very existence as Americans depends on it.

In conversation with Madeleine Brand, host of KCRW’s show, Press Play, which airs daily at noon. Her show explores news, politics and entertainment as they affect our culture.