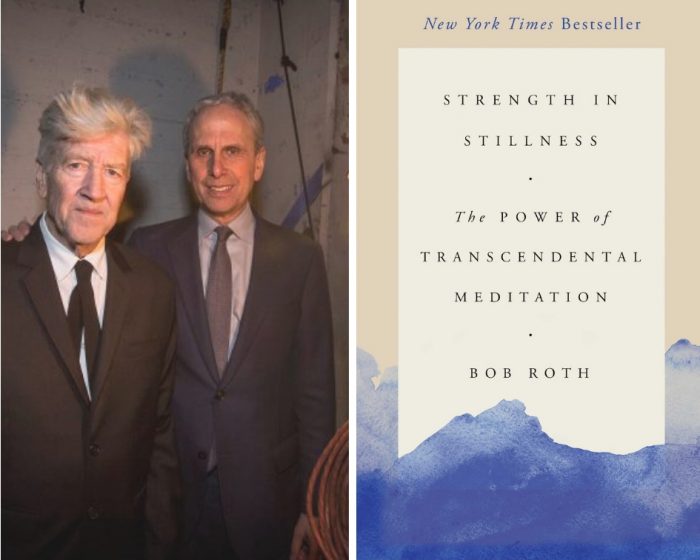 It’s 2018, and who among us doesn’t feel stressed and exhausted? Urban life just dishes out stress–whether from traffic, financial and professional demands, personal circumstances, the news, etc. For years, we’ve heard and read that Transcendental Meditation (TM) is the perfect fix for regaining personal equilibrium, relieving stress, and igniting creativity.

In Strength in Stillness, Bob Roth, renown TM teacher and CEO of the David Lynch Foundation, recounts some of his extraordinary experiences teaching thousands of people to meditate over the past 45 years , including such luminaries as Oprah Winfrey, David Letterman, Martin Scorsese, and Ellen DeGeneres.

But its impact goes far beyond such individuals, and he and filmmaker David Lynch realized this in 2005 and created the David Lynch Foundation. More than 600,000 urban youth, veterans with PTSD, women survivors of domestic violence,  have learned to meditate at no cost through the Foundation.  Bob Roth and David Lynch will discuss the methodology of TM, why it works, how it differs from mindfulness and other forms of meditation, and its broader applications in our complex society.

David Lynch’s official bio states that he was born in 1946 in Missoula, Montana and was an Eagle Scout. We will take it one step further. He is one of the greatest writer/directors of our era. His film and television credits include The Elephant Man; Mulholland Drive; Blue Velvet; and Twin Peaks.