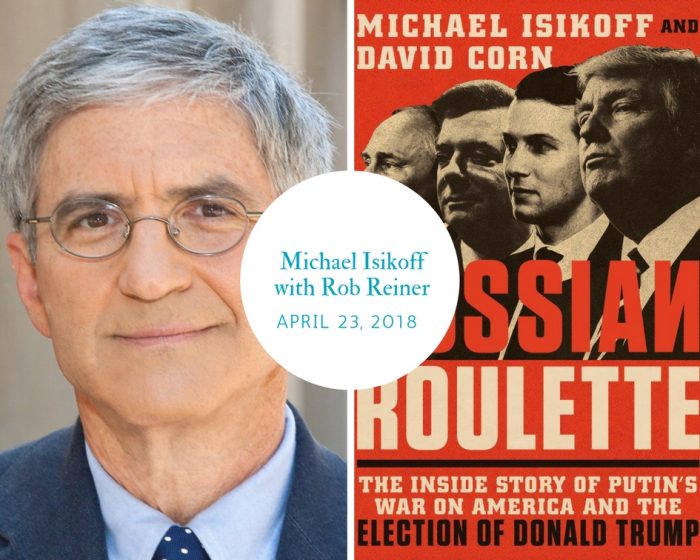 SPECIAL TICKET OFFER: TICKET WITH A COPY OF RUSSIAN ROULETTE, $42

Writers Bloc presents Michael Isikoff, co-author of the huge bestselling book, Russian Roulette: The Inside Story of Putin’s War on America and the Election of Donald Trump. These are not the spies we’ve read about — for decades–in fiction and nonfiction.

You’ve seen the book’s authors, Isikoff and David Corn, on the news constantly because their reporting is shocking, well-researched and utterly thorough. Isikoff and Corn detail the explosive story of the great hack of 2016, a sinister act of political espionage that was both sophisticated and successful. The authors assert that this sabotage of American democracy, positioned amid international political intrigue, high stakes business dealings and cyber-hacking, moved an unlikely candidate into the White House and locked  the likelier candidate out. Michael Isikoff is an investigative reporter, and is presently Chief Investigative Officer at Yahoo! News.

In conversation with political activist, producer, director and actor Rob Reiner. Rob Reiner has played a part in some of the most iconic television shows and films for decades, from his role in All in the Family to director of This is Spinal Tap, When Harry Met Sally, The Princess Bride and so many more.