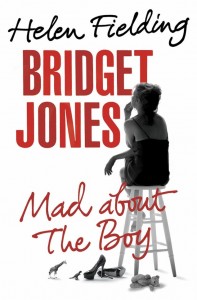 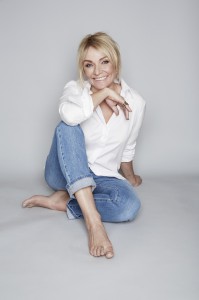 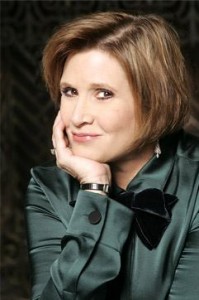 Bridget Jones is back. When we last saw her, she was a 30-something singleton in London, with two guys on the brain: the seemingly arrogant but really quite perfect barrister Mark Darcy, and the dreamily seductive but sleazy womanizer Daniel Cleaver. She is now 51! Where did the years go, and were they kind to Bridget? Now, about a dozen years after we last saw her, we need questions answered: did she live happily ever after with Mr. Darcy? Did she reject the carnivorous shenanigans of Daniel? What has she been doing for these past dozen years and how has she adapted to the rigors of social media? Does she still agonize over weight/alcohol/cigarette issues? (Yes, ridiculous question but needs to be asked.) And if she is single, what’s she doing about it? And what’s all this news about Mark Darcy, anyway? Helen Fielding and Carrie Fisher take up where they left off when they last visited Writers Bloc together a dozen years ago, when Bridget was teetering on the Edge of Reason.

Helen Fielding, author of the glorious Bridget Jones novels, will discuss Bridget Jones’ challenges and choices. Bridget remains one of the most relatable romantic comedy heroines we know, and is adapting, in her own unique style, to the rigors of her time. And omg, now she’s middle aged.

Carrie Fisher is a performance artist, an actor, screenwriter and author. Her hugely popular one-woman show, Wishful Drinking, was the basis for her book of the same name. She has written novels, including Postcards from the Edge, Delusions of Grandma, and The Best Awful. Oh, and she has been in numerous films, including Star Wars.