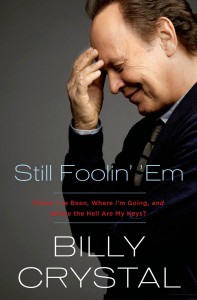 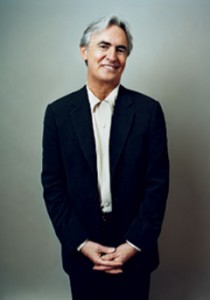 Tickets, $60. Each ticket includes a copy of Billy Crystal’s new book, Still Foolin’ ‘Em: Where I’ve Been, Where I’m Going, and Where the Hell Are My Keys?

You loved him on Saturday Night Live. You ached for him in When Harry Met Sally. And you thanked him for being so funny during those long nights of the Academy AwardsⓇ. Billy Crystal is simply one of the funniest comedians we know. Join us for an intimate evening with Billy Crystal and fellow great comedian David Steinberg, as they look at Billy’s extraordinary career, and mark the milestone of Crystal’s turning 65.

While his short career with the New York Yankees (one day) wasn’t quite as spectacular as his nine-run hosting spree of the Academy AwardsⓇ, his six Emmy AwardsⓇ, or his Mark Twain Prize for American Humor, he admits that he did “test positive for Maalox” while on the Yankees for that one great day.

Turning 65 can be rough for all of us, but Billy Crystal helps us to navigate the slippery slope of ageing as he walks us through his experiences of “buying the plot,” insomnia, the “five stages of memory loss,” and other issues and events we can look forward to. In his new book, which is included with each ticket, Still Foolin’ ‘Em: Where I’ve Been, Where I’m Going, and Where the Hell Are My Keys?, Billy Crystal makes ageing sound just a little less frightening and a whole lot funnier than we ever imagined.

David Steinberg is another legendary comedian in front of and behind the camera. He’s been busy with his popular Showtime series, Inside Comedy. He has been pegged by the New York Times as a “cross between Woody Allen and Lenny Bruce.” He appeared on The Tonight Show Starring Johnny Carson more times than anyone else except for Bob Hope, and has been acclaimed as one of the most important (and funniest) standup comedians of his generation. He has been a regular director on Curb Your Enthusiasm, and other critically acclaimed hit comedy shows, and wrote several Seinfeld and Newhart episodes. He cut his teeth writing and performing subversive material for The Smothers Brothers Show in the late 60’s, and is credited for being partially responsible for Dickie and Tommy Smothers’ great show being axed by the network.