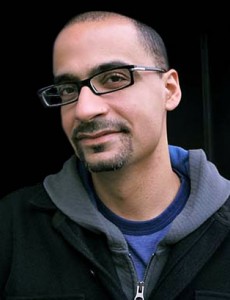 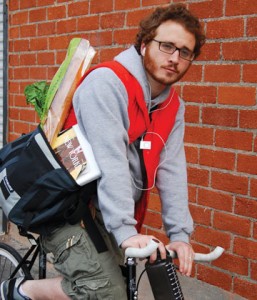 Tickets available only through Brown Paper Tickets. Tickets are $20 each. Unless otherwise noted, tickets may be available at the door on the night of the program.

At the Los Angeles Theater Center, 514 South Spring Street, Downtown Los Angeles 90013. Driving directions here. Join us on the night of Downtown’s Art Walk— the neighborhood is packed with open galleries, bars, restaurants, food trucks, lobby exhibits, and more. Parking lots are abundant, but we suggest that you come early and grab a bite or a drink in one of the dozens of establishments celebrating September’s Art Walk and Writers Bloc downtown with Junot Díaz and Christian Lander! The LATC is in a gorgeous building, an old bank building built in 1915, with the largest stained glass ceiling in the west.

Pulitzer Prize winning novelist and short story writer Junot Díaz writes some of the edgiest– and idealistic– prose in American fiction. His American dream becomes polluted, fathers are tough, mothers tougher, and sometimes in the New York and New Jersey ghettos where his characters live, there’s nowhere to go but up. But don’t forget that idealism– that haunting, relentless stake that love presents in his great The Brief Wondrous Life of Oscar Wao, and throughout his new collection of short stories, This Is How You Lose Her, whose separate beautiful parts link to form a magnificent whole. Díaz’s take on the American immigrant experience is unique and distinct– but in the end, his prose transcend the Dominican framework, and we see that Junot Díaz writes primarily about love, about its immeasurable power and manifold forms it assumes as it moves our lives forward. Besides the Pulitzer Prize, Junot Díaz has received numerous literary awards, including the National Book Critics Circle Award, and the PEN/Malamud Award.

Photos from the program by Dyanne Cano: 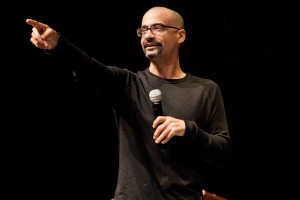 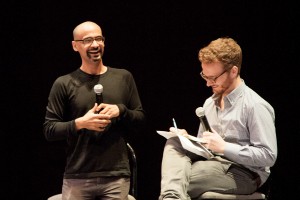 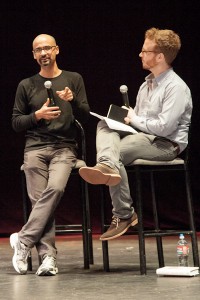 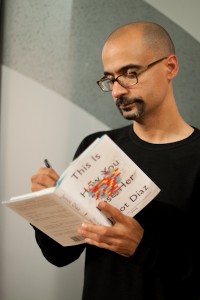 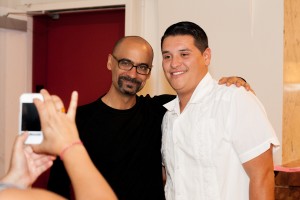