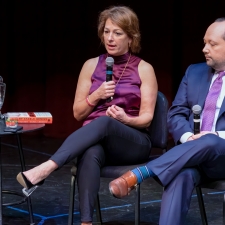 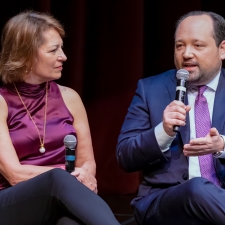 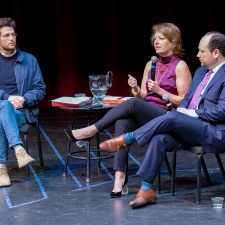 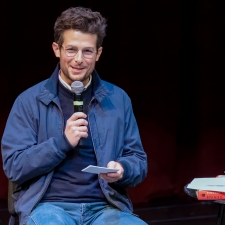 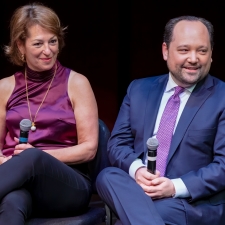 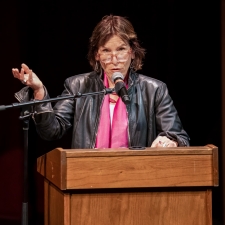 Your ticket(s) will be mailed to you by Brown Paper Tickets. Please note that tickets are non-refundable.

Washington Post White House Bureau Chief Phil Rucker and National Investigative Reporter Carol Leonnig have racked up Pulitzers and more George Polk Awards for investigative, national, and political reporting than can comfortably fit on any mantlepiece. You see them on MSNBC and on NBC as political analysts. In their new book, A Very Stable Genius: Donald J. Trump’s Testing of America, Rucker and Leonnig assert that the White House is not just a hive of chaos and unintended disorder– but that the disorder does in fact show patterns and meaning.  In their years covering Washington, Rucker and Leonnig have amassed highly placed sources who share information and insight about the Mueller investigations, the President’s interactions with foreign leaders, and his relationships with members of the Cabinet and members of Congress.

In conversation with NBC and MSNBC correspondent Jacob Soboroff. He has reported extensively on climate change, the opioid crisis, and the complex issues relating to the U.S.-Mexican border.

Writers Bloc thanks New Roads School for their gracious partnership in this program. We couldn’t do it without them.

If you selected printed tickets, your ticket(s) will be mailed to the shipping address you listed. If you do not receive your ticket(s) in the mail, please contact Brown Paper Tickets at support@brownpapertickets.com. We can only refund orders if there has been a significant change made to an event, and we have announced that refunds are available. We cannot offer any refunds or exchanges due to location change, scheduling conflicts, illness or other personal issues.