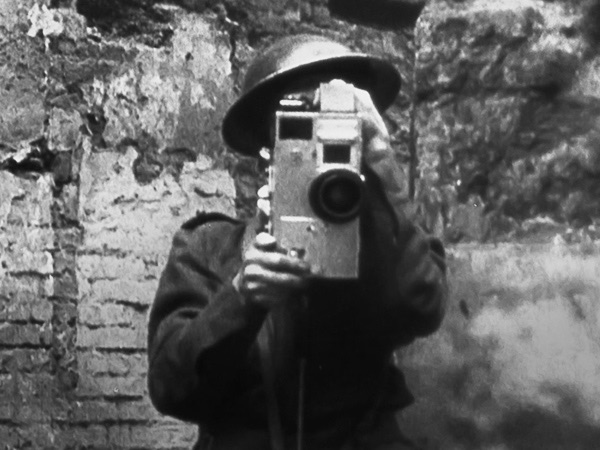 “Night Will Fall,” the powerful documentary that will be airing on HBO through the middle of February, relates two stories: one familiar, one a revelation. Essentially, it is a film about a film. In January 1945 the Allied High Command commissioned a documentary about the Nazi concentration camps, whose existence had just been discovered by Allied forces. The film, titled “German Concentration Camps Factual Study,” was intended primarily for a German audience — proof of Nazi atrocities that the German public would not be able to refute. But just weeks before the project was completed, it was shut down on orders of the same officials who had approved it in the first place. The very existence of the film, why it was cancelled, and how it was resurrected 70 years later, is the subject of “Night Will Fall.”

As Allied forces pushed first into Poland and then into Nazi Germany in 1944 and 1945, they encountered scenes out of a nightmare: vast detention facilities, encircled by barbed wire and littered with thousands of naked, rotting corpses. Rows of open pits held tens of thousands more bodies. And then there were the survivors: emaciated, hollow-eyed figures who resembled skeletons more than human beings. The inmates stared mutely as the troops entered what the world would soon know as concentration camps. Bergen-Belsen, Dachau, Auschwitz. Eventually hundreds of camps were discovered; some were designated for slave labor, others for extermination. “It was like peering into hell,” recalls one British combat photographer who, along with other British, American and Soviet news cameramen, recorded it all.

When noted British film producer Sidney Bernstein, who worked in the Ministry of Information during the war, viewed the staggering footage coming back from the battlefield, he proposed to the Allied High Command that a documentary be assembled. Bernstein put together a top-notch team of British film editors and brought his good friend Alfred Hitchcock back to England from America to serve as supervising director. Less then eight months later the production was shut down. The reason? Shifting geopolitical winds. Well before the war ended, but when victory looked all but assured, Roosevelt (later, Truman) and Churchill sensed that Stalin and the Soviet Union would pose a far greater threat to their countries — and to global stability — than the defeated Nazis. Suddenly, Germany was seen as a potential ally in the fight against Communism. Rather than antagonize the German public with evidence of their nation’s atrocities, the production was shut down.

Hundreds of cans of film, along with the script, partially edited documentary and notes outlining how it was to be completed, were boxed up and stored in London’s Imperial War Museum. The files were discovered some 60 years later by museum historians and curators, who set about digitizing the footage and completing the film. When anthropologist and film producer André Singer heard about this, he envisaged a bigger film with a greatly expanded scope. He interviewed surviving cameramen (British, American and Russian), film editors and soldiers, all of whom were still clearly traumatized by what they had seen nearly seven decades earlier. “You couldn’t tell if [some of the bodies] were dead or alive,” recalls Benjamin Ferencz, an American sergeant who later served as chief prosecutor at the Nuremberg trials. “You’d step over a body and it would suddenly raise a hand.”

Singer also spoke with camp survivors, who caught sight of their younger selves in the archival footage. Many, like Branko Lustig, who would go on to produce the film “Schindler’s List,” were children at the time they were incarcerated. Sidney Bernstein, who died in 1993, had been interviewed extensively during his lifetime and archival clips were included, as well as a soundbite from Hitchcock, on his way to England to supervise the film.

“Night Will Fall,” the title André Singer chose for his film came from a line of narration in the original documentary: “unless the world learns the lesson these pictures teach, night will fall. By God’s grace, we who live with learn.” As events in Srebrenica, Rwanda, Congo, Sudan and many parts of today’s world make clear, it seems to be a lesson mankind has no interest in learning.