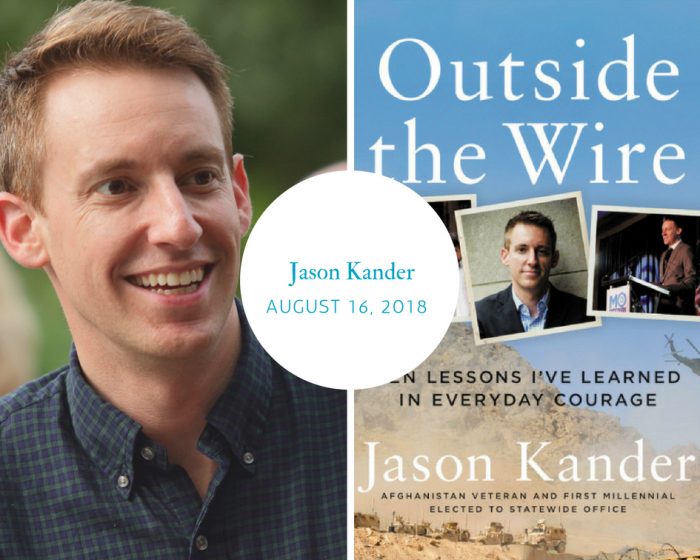 President Obama called Jason Kander the future of the Democratic Party. Politico calls him the hottest star in Democratic politics. Perhaps you remember Jason Kander’s campaign ad for his Missouri Senate run from 2016. In that ad, which went viral, Kander chatted about gun control as he assembled a rifle–blindfolded. He was a captain in the United States Army and knows a thing or two about guns. The NRA knew that, and actively campaigned against him. He lost the race. But he hasn’t gone away. Kander founded Let America Vote, the online effort to fight voter suppression across the country.

In his new book, Outside the Wire: Ten Lessons I’ve Learned in Everyday Courage, Kander explores his political engagement, from his deployment to Afghanistan after 9/11, to his work on his own campaign and on current activism. It’s about authenticity. It’s about the importance of creating a message, an argument, and owning it. And it’s about believing in the potential and power of individual effort.

In conversation with Eli Attie, writer and producer for The West Wing, among other television series. He served as Special Assistant to President Bill Clinton and was a speechwriter for Al Gore.