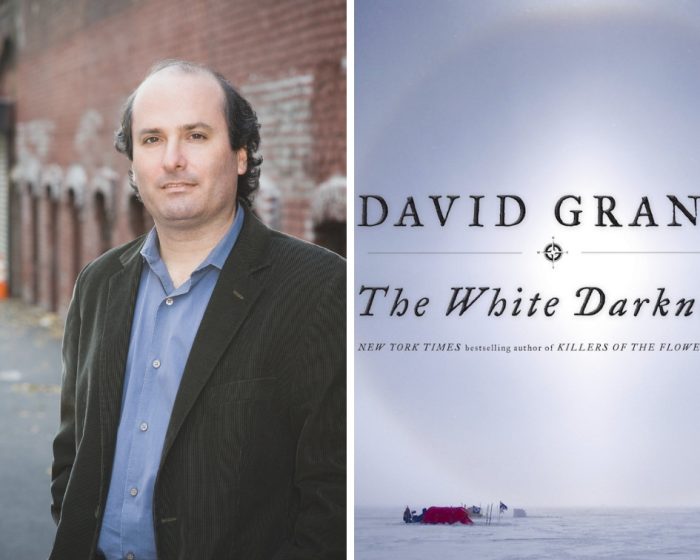 David Grann, considered by many critics to be one of the great nonfiction writers working today, tackles human quests of an epic nature. From his Pulitzer Prize winning exploration of the formation of the FBI (Killers of the Flower Moon: The Osage Murders and the Birth of the FBI) to a British explorer utterly obsessed with a civilization tucked deep in the Amazon jungle in The Lost City of Z: A Tale of Deadly Obsession in the Amazon), Grann’s new book, The White Darkness, continues his study of a person fixated with a surely impossible goal.

In The White Darkness, Grann introduces us to Henry Worsley, a British former special officer whose obsession with Ernest Shackleton (of Everest and Antarctica fame). Worsley’s mission: to accomplish in 2015 what Schackleton could not: to walk across Antarctica alone. Consider the terrain of Antarctica: frozen, desolate and perilous. The White Darkness is a thrilling read– intensely moving, epic, and stunning in its exploration of human endurance.

In conversation with David Ulin. David Ulin is not only an editor and anthologist, and he’s an urban explorer as well.  He writes for the Los Angeles Times, and for several years served as Editor of the Los Angeles Times Book Review.  He has edited extensive anthologies of literary Los Angeles, and is the author of several wonderful books, including The Lost Art of Reading: Books and Resistance in a Troubled Time; and Sidewalking: Coming to Terms with Los Angeles.