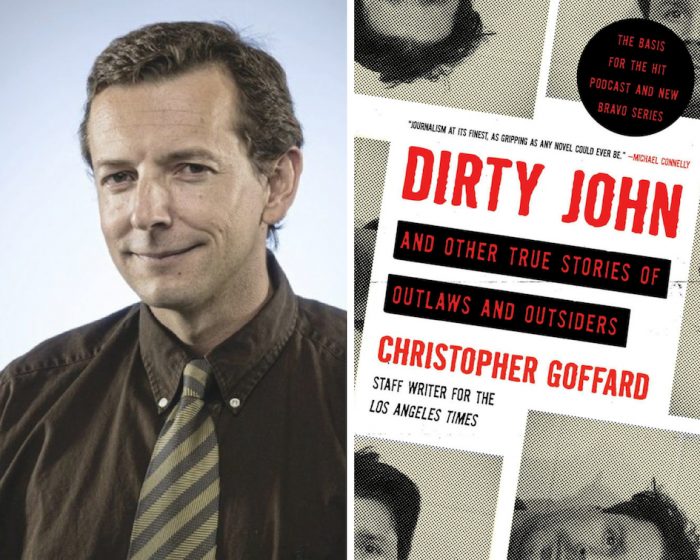 December 13, 2018, 7:30pm. Buy tickets here. At the Writers Guild Theater, 135 S. Doheny Drive Beverly Hills, CA 90211. Parking for a fee is available in the structure next door just south of the theater on Doheny.

Really Special Deal! $33: One copy of Christopher Goffard’s Dirty John and Other True Stories of Outlaws and Outsiders

“Dirty John,” the subject of a six-part series in the Los Angeles Times and a podcast that had over 20 million listeners, is a true-crime phenomenon, and a media phenomenon. Journalist Christopher Goffard is the prize winning  reporter  for the Los Angeles Times who broke the riveting story about “Dirty John” Meehan, a con artist, sociopath and manipulative abuser.  Dirty John’s final big con—to steal from and marry Debra Newell, a successful, smart and attractive Newport Beach interior designer whom he met on a dating site—was possibly his most treacherous of many.  Dirty John was more than dangerous; he was deadly.  Debra’s children knew it—they intuited that he was bad news from the very beginning.  But it was only after Debra married John that she learned of his truly evil nature: his deception, his thievery, his crimes.—and of the very real danger to her daughters.

“Dirty John” was an enormous success in the Los Angeles Times, and later as a podcast that reached tens of millions of people around the world. Goffard’s subjects are part of our world; they’re intelligent, and some are still easy marks in long cons. We think we know people—and then our best instincts betray us. Goffard’s “Dirty John” was a fairy tale—and an opportunity for a fresh start for a smart but vulnerable woman–  gone horribly wrong. Christopher Goffard’s new book, Dirty John and Other True Stories of Outlaws and Outsiders, contains more true crime stories that are as chilling as Dirty John. 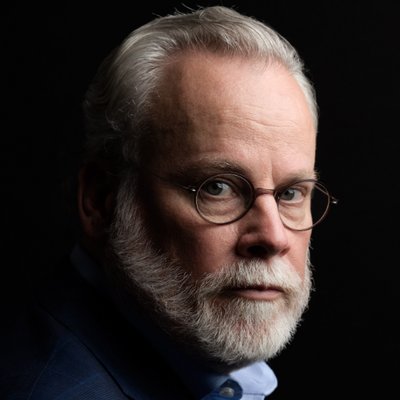 In conversation with Michael Connelly.  L.A.’s finest don’t come any finer than Detective Harry Bosch, Connelly’s iconic literary creation. Connelly is the author of 31 novels, and have rocketed Detective Bosch into the highest ranks of our most revered fictional police heroes. In Connelly’s new book, Dark Sacred Night, fans can surrender to the knowledge that Los Angeles is safer as Connelly’s newest creation, Detective Renee Ballard, and Detective Harry Bosch, work on a case together. His Amazon series called BOSCH is terrific, and its only fault is that each season only contains ten episodes. Connelly’s Lincoln Lawyer series delights us with Mickey Haller, a criminal defense attorney whose unconventional office is the back seat of a chauffeured Lincoln Continental.  What’s next for Michael Connelly? A podcast, of course– called Murder Book. We can’t wait. COPIES OF MICHAEL CONNELLY’S NEW BOOK, DARK SACRED NIGHT, WILL BE AVAILABLE AT THE PROGRAM AND HE WILL SIGN.