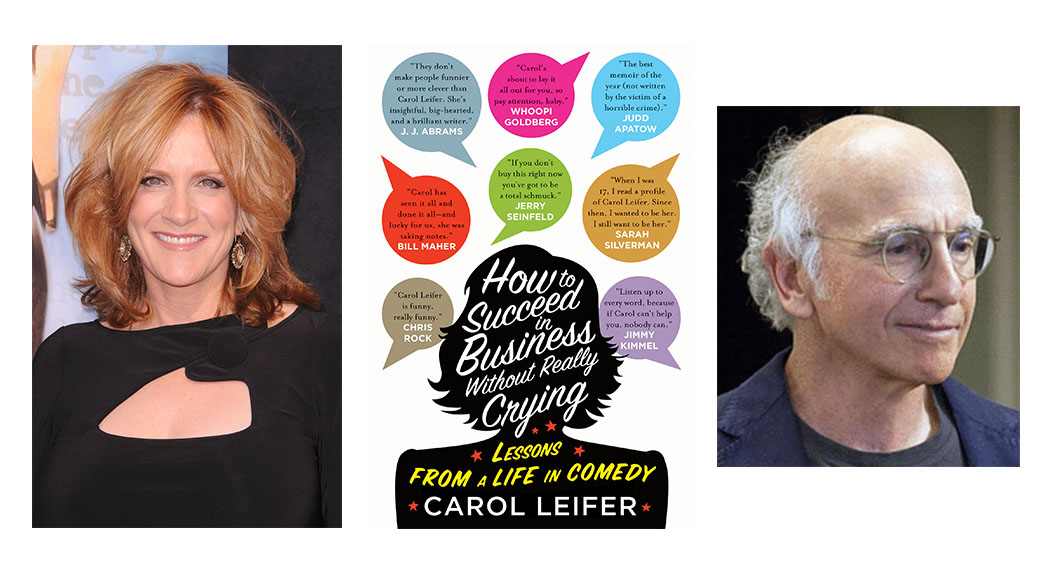 Comedian Carol Leifer has written some of the funniest stuff on television; she was, after all, one of the writers on Seinfeld for years. Add to that episodes of Saturday Night Live, The Larry Sanders Show, Modern Family, and that proves our point. She has appeared in her own comedy specials on Showtime, HBO and Comedy Central, and wrote a hilarious memoir called If You Lie About Your Age The Terrorists Win. Her new book, How to Succeed in Business Without Really Crying, is a collection of tips, anecdotes and life lessons for, well, how to succeed in business. And not just in comedy or show business, but any business. She wrote it, so it’s funny.

Here to get Carol chatting about some of the great bits in the book is Larry David. He’s funny too. In case you’ve been living under a rock for the past few decades, Larry is the co-creator of Seinfeld, and is responsible for Curb Your Enthusiasm. His recent movie on HBO, Clear History, is simply one of the funniest and best movies ever.