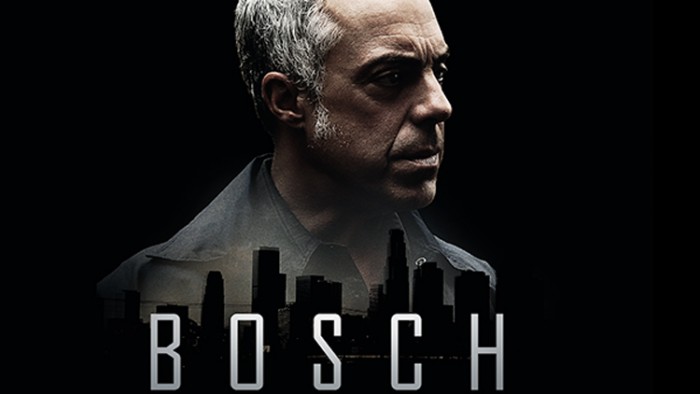 Michael Connelly, author of the Harry Bosch and Lincoln Lawyer novels, has made us sleep better at night with LAPD Detective Harry Bosch solving crimes and making Los Angeles one of the more interesting places in which to live. Like many iconic literary figures, Detective Harry Bosch might be tough to visualize. We know all about his psychological makeup, and we know that Harry connects the dots in a way that we just can’t. But what does he look like? What does he sound like?

The new Amazon Prime television series, Bosch, turns our beloved detective into flesh and blood, brooding and brilliant, subversive and defiant by actor Titus Welliver. You’ve seen Titus Welliver in The Good Wife; Argo; Lost as the nasty Man in Black; Transformers 4; and dozens more. The new series, co-written by Eric Overmyer, whose credits include The Wire; The Affair; Law and Order; Treme; and so many others, introduces us to Harry Bosch in a way that will satisfy those of us who know and love Bosch, as well as those who have yet to become addicted to Connelly’s Bosch books. If you’re a Bosch lifer, you’ll feel right at home but if you’re a late arrival, the Bosch television series will jumpstart your craving for more.

Join us for an evening in which you will see the first episode of Bosch, followed by a conversation with Michael Connelly and his Bosch, actor Titus Welliver. Thanks to a sponsorship from Amazon Prime, tickets are only $10 each.